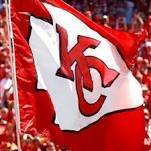 Red is the color of love and passion. Red is oftentimes the color of anger and violent emotion. As of late, red is a pretty popular color in Kansas City with the Chiefs on a 6-0 record.

Recently, I’ve been hitting the late summer sales with some friends visiting from Argentina and as the girls quickly learned, red is a pretty nice color to see when accompanied by an additional 50% percent off. 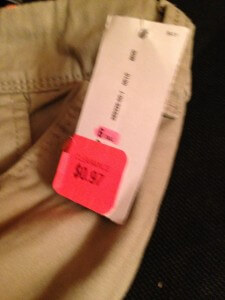 But have you ever noticed that bees rarely pollinate red flowers? This is because bees are “red blind.” The human eye can distinguish about sixty colors whereas the bee can distinguish four. One of those four colors is ultraviolet which allows the bee to see far into the spectrum while chasing the lines of nectar found in the stamen of the flower. 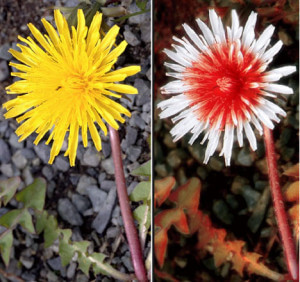 You might be thinking, what difference does it make if bees prefer yellow flowers over red? Did you know that over eighty percent of the world’s flowering plants require pollination to reproduce? Apples, asparagus, avocado, broccoli, blueberry and onions are just a few of the fruits and vegetables that are 90% pollinated by bees. And we are all aware of the devastating effect recent bee losses have had on the California almond crop which is 100% pollinated by the honeybee. 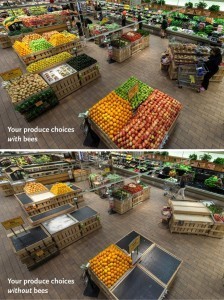 In 1915, Carl Von Frisch(The Dancing Bee-1953) performed a series of experiments using classical conditioning disproving the theory that bees were colorblind. It is now accepted that bee vision into the ultraviolet causes them to see the color red as black. This lack of refection of the lines of nectar in the red, orange and pink flowers makes them nearly invisible to bees.

In contrast, bird vision operates on wavelengths in the near ultraviolet making the vibrant waves in red flowers intensely attractive to them. Ever wonder why hummingbird feeders and nectar are traditionally red in color. Well, as Paul Harvey used to say, “And now you know the rest of the story.” 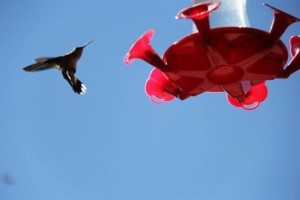 (Photo taken by my niece Sarah Harvey Tilley in Colorado)

For my friends in the South, remember to pick out pollinator friendly flowers and plants on your next trip to the garden store. And for those of us in the Midwest, it’s never too soon to start planning our spring gardens. Let’s all make the right choices for happy, healthy bees! 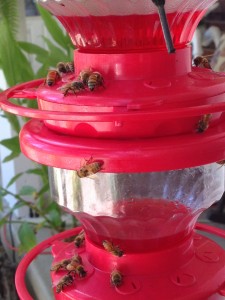 I hate to brag, but apparently my bees are smarter than the average bee. No problem seeing red for The Bee Queen bees!