Just a Hop, Skip and a Jump Away! 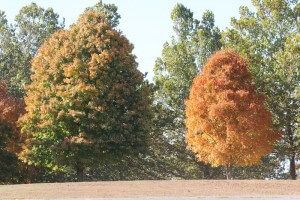 Fall has arrived here in the Midwest and for most of us that evokes thoughts of warm soups, fleece tops and Friday night lights. From time to time, many of us find an excuse and take our eyes of the big screen, (except to watch the Kansas City Royals advance to the World Series) to take in the local fall color.

Its been a tad drier this year but I do like to hop, skip and a jump across the Mighty Mo over to Weston, Mo. Weston, resident population 1600, with its rolling terrain and impeccably preserved historic buildings is a trip back into time and a favorite day trip for Kansas City residents and surrounding communities, alike. 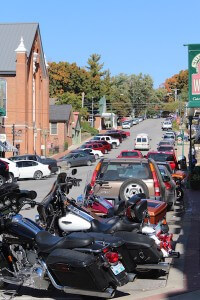 Weston or “West Town,” as it was once the farthest western settlement of the United States prior to Texas’s admission into the union in 1845 is a town loaded with artisan boutiques, great restaurants and pubs. From early Fall through the holiday season, its sidewalks and stores are burgeoning with eager shoppers looking for unique gifts or simply to enjoy a visit to the small town that never gave up. 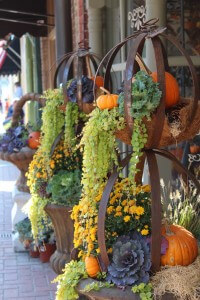 Weston was once a major hub for goods and services for those intrepid settlers traveling westward due to its strategic proximity to Ft. Leavenworth which lies just across the Missouri River in the Kansas territory. In 1850, Weston was at the height of its importance as a transportation hub and some 265 paddle boats docked at the port of Weston during that year.

In its hey day, Weston’s population swelled to 5000 surpassing Kansas City and St. Joe. A gateway to western expansion and a corridor for the California gold rush, Weston has a rich and colorful history, in which characters such as Buffalo Bill Cody were once in residence.

Unfortunately, the fate of Weston fell into the hands of Mother Nature and the floods of 1881 shifted the river some two miles away from the port effectively cutting off the trade routes ending the booming river trade. The culmination of a devastating fire and the end of the Civil War further decimated the downtown and Weston became a shadow of its former glory. 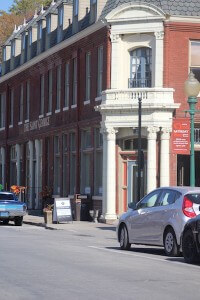 However, Weston is a town that never quits and in 1972, the downtown was designated a Historic District with over 100 buildings landing on the Historic Registry. From the St. George Hotel, which has been in continuous operation since 1846 to McCormick Distillery, in continuous operation since 1856. Weston is a time capsule of days gone by and a tribute to the tenacity of our early settlers. 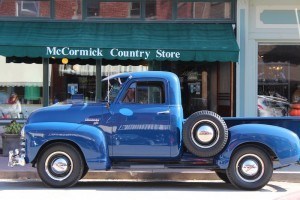 Good times, good food and good shopping are to be had in Weston, Mo. which is just a hop, skip and a jump away. 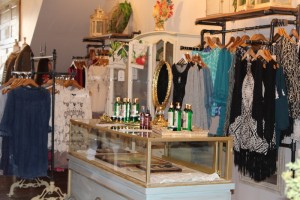 Don’t forget to visit The Rumpled Nest at 414 Main St. in downtown Weston, a treasure trove of vintage lifestyle inspired clothing and gift ideas and of course, Bee Queen Naturals skin care products. Tell them The Bee Queen sent you!

I loved your article about Weston. Thank you for mentioning The Rumpled Nest. We are thrilled to be part of Weston and to have Bee Queen products to share with our shoppers!

Thanks so much for supporting local artisans!