How Do Bees Make Wax? 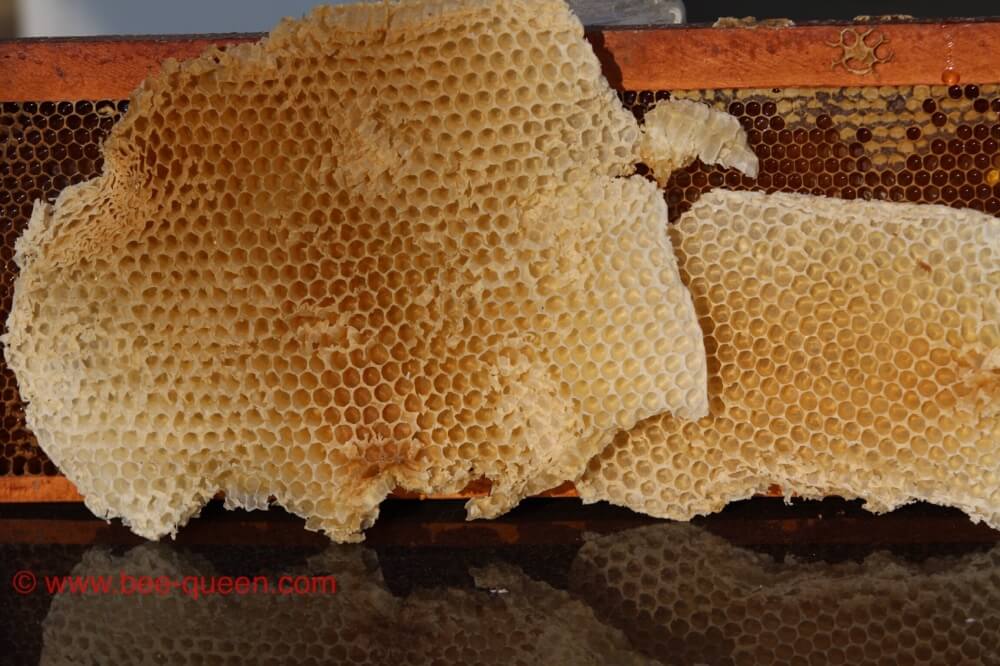 Of the more than 20,000 species of bees only the genus apis (Honey Bees) produce wax. This natural substance is secreted by the wax glands of the worker bee. Historically, beeswax has been an integral part of day to day activites since the dawn of civilization.

Beeswax is an amazing, versatile substance, once used as currency until ironically, it became too expensive for trade. Beeswax was frequently found in the tombs of many Pharoahs in Egypt. Despite, its entombment (no pun intended) it remained pliable. Cleopatra used cosmetics containing beeswax. The Vikings used beeswax to waterproof their ships. And beeswax was used as a mold for metal casting throughout the Middle Ages.The earliest examples of beeswax candles were found in the Alps dating from the 6th century. 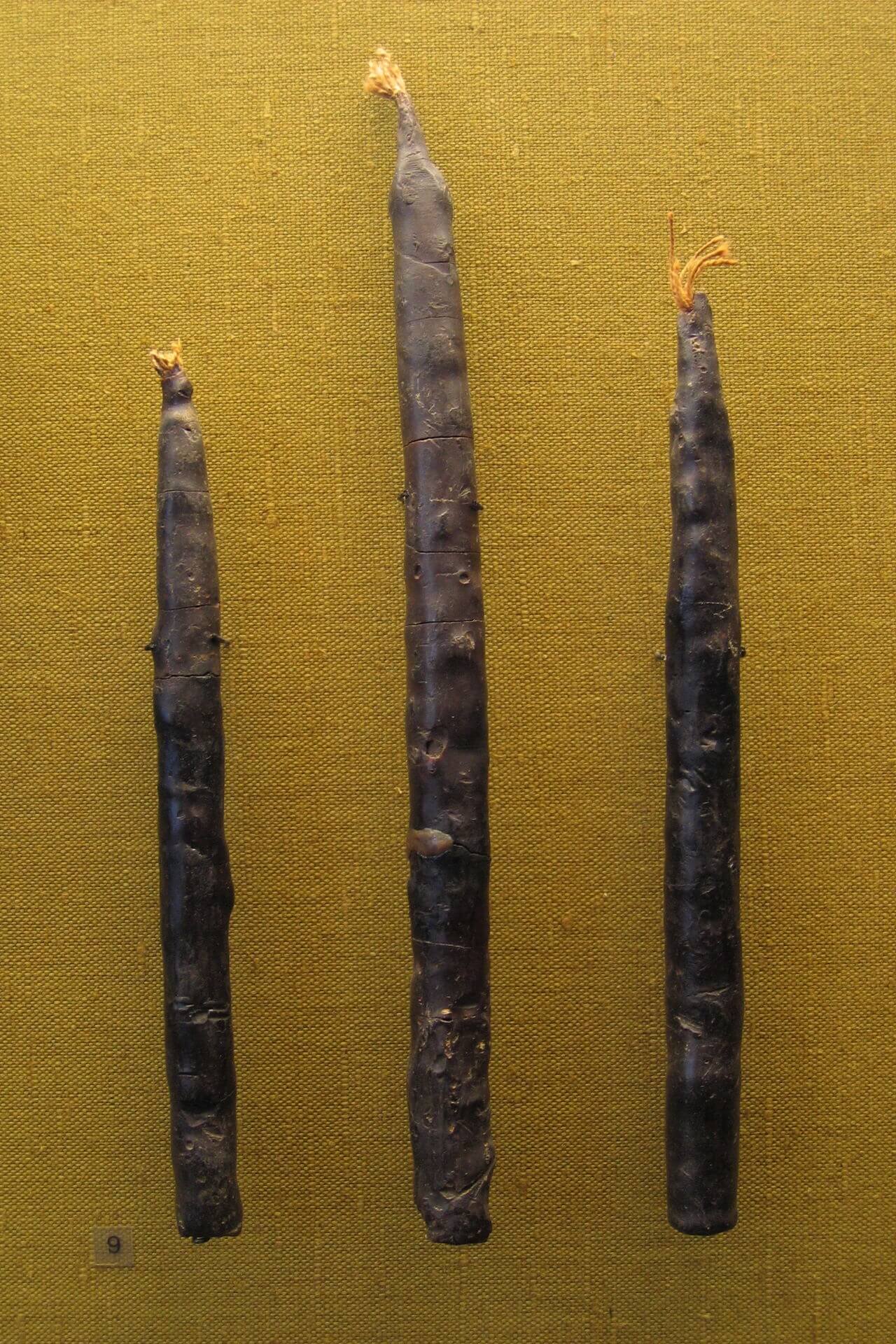 Beeswax is still popular today. Pure beeswax candles burn brighter, they are the most similiar to natural light and do not smoke or burn. It is popular component amongst crafters and natural cosmetic and skin care producers such as myself. *Selfish plug alert: www.bee-queen.com/shop

So exactly how do Honey Bees produce wax? I am so glad you asked because it’s not just about the honey. Everybody loves beeswax!

Bees produces wax in the four sets of glands found in the lower abdomen of the worker bee. In a prior post https://www.bee-queen.com/?s=Every+Moment+Counts, we learned of the maturation cycle of the Honey Bee. From the time the baby bee emergences from its capped cell, each day brings new changes and duties. Around days 12-18, wax glands develop on the young worker bee. Wax is the foundation of comb production. Hexagonal shaped comb is vitally important in the rearing of brood, the storage of pollen and honey, thus ensuring the survival of the hive. 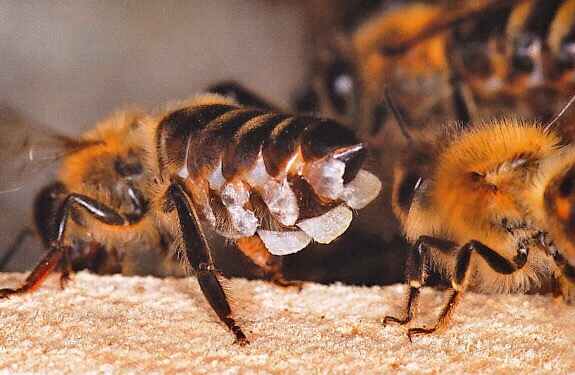 Wax is secreted by the glands as a liquid and solidifies once in contact with air. This substance forms into oval shaped wax scales. The ventral surface of the scales is known as the wax mirror. The powerful hind legs of the bee is covered in specialized hairs that aid in the removal of these scales. The wax is passed forward to the front set of legs and then into the bee’s mouth. The worker bee uses its powerful mandibles to masticate or knead the wax into a pliable material that the bee uses to build or repair comb. During comb production, the bee must warm the wax to a temperature of 109 degree F. And the clever bee builds comb that is slanted upward by approxiamately 10 degrees to prevent the spillage of nectar. The size of these hexagonal cells determines the sex of the egg the queen lays within the cell. Larger cells accomodate drones (male bees) and the smaller are for worker bees (non-reproductive females) Queens are reared in an elongated peanut shaped cell. 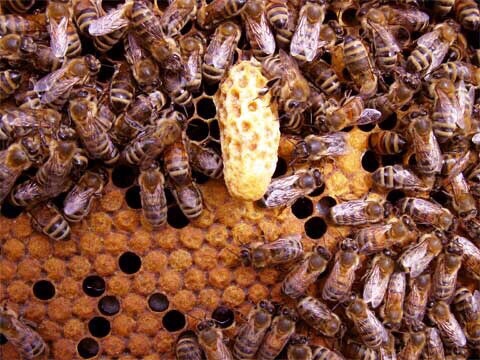 Economically, producing beeswax is quite expensive. It takes between 6-10 pounds of honey to produce on pound of wax. Bees are forced to gorge on enormous amounts of bee bread which is a combinanation of honey, nectar and pollen in order to stimulate the wax glands into production.

The cosmetic and pharmaceutical industries uses about 70 percent of the world market of beeswax. Beeswax is a natural humectant which locks in moisture and effectively softens the skin.

Beeswax has multiple uses, from candles to furniture polish to lubricants and waterproofing boots and shoes, there is no end to the list of potential household purposes.

So the next time you find yourself using a beeswax product, remember to thank a bee for this amazing and versatile substance.